If it is not economically viable to save the planet, then the economic system is wrong.

Below a message from R, who has been accepted for a PhD in Sheffield. She's now homeless, thanks to an Israeli F16.

Thank you very much for your e-mail. On 11th of January 2009 at 5:10 am, my house was destroyed by an Israeli aircraft. We were sleeping down stairs when the first rocket hit our apartment in the fourth floor. We started to run outside the building without even shoes. Another rocket hit the same apartment again. We kept running and we were screaming and my children were crying and after about 2 minutes, F-16 threw the last rocket which destroyed the whole building completely in front of our eyes! all this happened in less than 5 minutes. We did not do any thing to deserve this crime! I can not thank God enough that we are still alive! But many of our relatives and friends were killed. I moved to my parents home. I and my family are looking for another house to live in.

Thank you very much for your support.

The F16 that destroyed R's home was made in the US; the UK regularly supplies military aid to Israel.

What happened in Gaza is beyond description and no one can ever find enough words to describe all the crimes committed against civilians. All the war criminals who committed these atrocities shall be prosecuted sooner or later! But in spite of what happened, we do not give up the hope that one day we will live in safety and peace. ... The war will not bomb our dreams!

R will also have problems getting enough food after much farm land has been destroyed.

Collections and donations to:

Saying that Israel is justified in assaulting Palestine because of Hamas' rockets is like saying the UK should have bombed Belfast when the IRA was active. Stop the war! 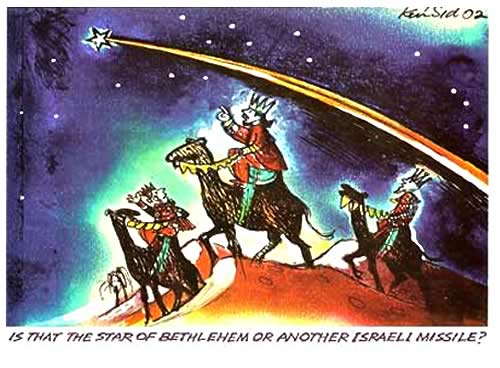